The entire story is available now in PDF and eBook. Print files coming soon, as well as the amazing audiobook from LivingAudio. Armory of Forbidden Books and Artifacts. What do you believe she was looking for? James didn't have to lie this time. He shook his head. “I don't have any idea. To the extent that trademarks of the Series (the "Proprietary Rights") are used in .. James Potter moved slowly along the narrow aisles of the train, peering as.

There is much to see and do before the final end. And I know how that end will happen. I have known it almost from the beginning. I know if Petra and James end up together. I know what the dream means. I know if cousin Lucy will ever appear again… But the stories are hard, hard work. Enjoyable work, I admit, but work nonetheless, and I do, unfortunately, have the very consuming 'day job'.

Though as an adult, and with I stumbled upon this book while surfing Goodreads, and trust me, I'm glad that I discovered Lippert. Though as an adult, and with hardly much role to play in his son's adventures, but he's back. Lippert does all of us fans such a favour just by doing that. It feels almost as good as meeting an estranged childhood friend who has children of his own now. The fire when re-kindled might not burn with the same vigour, but it sure spreads some warmth!

It's incredibly more difficult to write fan-fiction that an original, because comparisons are inevitable! But, hats off for such wonderful imagination. Lippert succeeds in transporting us to the magical world once again, and gives us little to complain about. The problems that arise and their solutions, both are equally professionally dealt with.

There are quite a few twists in the story which makes it a complete page turner. Not much of loop holes, or inconsistencies.

I loved the middle part of the book: Chapters ! Specially the scene of the Grotto's keep! Also, i must add here, the sketches in each of the chapters was quite well done, and add much to the overall feel of the book! The Science of Apparition was so well explained, that it once again made me regret, why i was not a student at Hogwarts.

James comes across as a rich kid, having loving parents including a celebrity dad , who knew his destiny since he was a child.

He's everything that Harry was NOT, as an 11 year old. And I know how that end will happen. 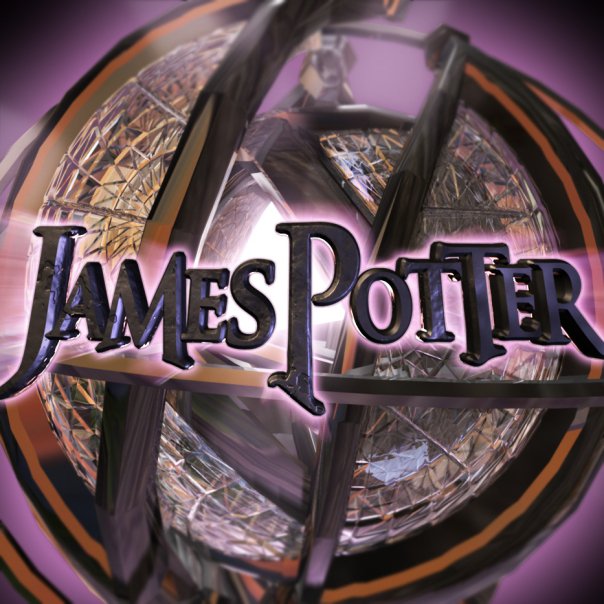 I have known it almost from the beginning. I know if Petra and James end up together.

I know what the dream means. I know if cousin Lucy will ever appear again… But the stories are hard, hard work. Enjoyable work, I admit, but work nonetheless, and I do, unfortunately, have the very consuming 'day job'. And it is for that very prosaic reason that I simply cannot promise any more James Potter books.

Not even one more. Only time will tell.

James Potter and the Hall of Elders' Crossing

Norman Lippert; August [src] "Finally, and perhaps most importantly, I am already turning my attention toward the remainder of the series. This is for several reasons, but the most important reason is this: I think that's what the story wants. If all goes as planned, the fifth and final book in the series will be called 'James Potter and the Crimson Thread'. Norman Lippert; July 2, [ [src ]] "I'll take this opportunity to favor you all with some bad news and good news.

The bad news is: I haven't started JP 5 yet. The good news is: I soon will. I've made a discipline, you see, of writing one fully original book for every JP book, and thus I am currently about half-way through that story.

Fortunately, it's a shortish story, a mere clipping compared to the JP stories, so I have every expectation of finishing it soon and launching into 'James Potter and the Crimson Thread'. Norman Lippert; March 1, [ [src ]] "Methinks most of you will be relieved to know: I just wrote the basic outline to "The Crimson Thread".

It's going a different direction than expected. All the best stories do that Norman Lippert; October 5, [ [src ]] "As of this morning, "Crimson Thread" has officially passed the , word mark. I know it's a random milestone, but I always feel like completion is inevitable once a story passes that point.