Wirt Benson Penny Parker is a teen-aged sleuth and amateur reporter with an uncanny knack for uncovering and solving unusual, sometimes bizarre mysteries. The only daughter of widower Anthony Parker, publisher of the "Riverview Star," Penny has been raised to be self-sufficient, outspoken, innovative, and extraordinarily tenacious. Her cheerful, chatty manner belies a shrewd and keenly observant mind. Penny was the creation of Mildred A. Wirt, who was also the author of the original Nancy Drew series under the pseudonym Carolyn Keene. Wirt became frustrated when she was pushed to "tone down" Nancy Drew and make her less independent and daring.

She knew from the contest rules that they were all between the ages of eight and twelve. That way, we can plan exactly what our sculpture will look like. They cleared off the snow and Nancy sat down. Bess handed her a drawing pad, and Nancy got to work. They made one sketch, then another, then another. It took half a dozen tries before they got just the design they wanted. She held up the sketch. Nancy had drawn most of it, with the other girls' help. It showed a picture of the beautiful swan princess Odette.

She was wearing a white tutu and a rhinestone crown. Her arms were in the air, like wings. Around her feet were six swans. They were looking up at her with their wings outstretched. I think we'll need hot chocolate and cupcakes," Bess said. The three girls left their sketch and their backpacks on the bench and walked over to the snack stand. Hannah had given Nancy five dollars to download snacks for all of them. She had a friendly smile and lots of gray curls piled on top of her head.

The woman chuckled. Then the girls sat down at a picnic table under the covered roof and munched on their snacks. While they ate, they watched other kids making their sculptures. As soon as they were done eating, they threw away their trash and returned to the bench where they had left their backpacks and sketch.

Nancy noticed right away that something was very wrong. Someone had poured hot chocolate all over their drawing of Odette and the swans. The sketch was totally ruined! Nancy tried to pick up the sketch very carefully. But it was a big, soggy mess. Hot chocolate and bunny-shaped marsh-mallow bits were everywhere, smearing and smudging the markings.

Who could have done such an awful thing? Nancy wondered. Was it someone involved in the snow-sculpture contest? Just then Nancy got the feeling that they were being watched.

She took a deep breath and glanced around. Say cheese for the camera! She was pointing it at Nancy and her friends. She smoothed out her long blond hair and smiled right at the camera.

Looks like you spilled something," she added, pointing to the soggy sketch. Someone else spilled something," George retorted. She moved toward the sketch for a close-up shot. Nancy frowned. People love crime! Nancy wasn't sure about that. But in any case, Joan and her video camera made her kind of uncomfortable. She didn't want the whole world to know about their messed-up sketch.

Besides, Nancy realized that they needed to report what happened to the director right away. We need to talk to Mad Mike," Nancy announced to Joan. She grabbed Bess and George's hands. The girls found Mad Mike at a picnic table. He was eating a granola bar and looking over a pile of application forms.

Not enough snow for you to work with? Then she proceeded to tell him about the hot chocolate incident. Mad Mike's smile turned into a frown. That's not good at all. They spent the next hour redoing the sketch.

Then they started working on the actual sculpture. By the end of the afternoon, they had sculpted three swans. Nancy had to admit that they looked really great. The sun was starting to set in the sky. My dad is making chili! Just then, Nancy noticed someone standing nearby. Someone with red hair. It was Joan. She was videotaping the girls and their three swan sculptures and talking quietly into her microphone.

Didn't I make the chili spicy enough for you girls? Hannah took a bite of the chili and made a face. It's definitely hot enough for me! Drew turned to Nancy. Pudding Pie was his special nickname for Nancy. And bunny-shaped marshmallows? My, this sounds like a mystery," Mr. Drew remarked. Sort of," Nancy replied. She told her father and Hannah about their ruined sketch. When she was done, Mr. She pointed to Bess's blue bat. That's awesome! You must be a serious hitter.

I'm only an okay hitter, though. Nancy and George and I play with some kids from school sometimes. I fly away a lot.

A young boy with brown hair and glasses came up to them. He was carrying an armful of bats. He's my assistant.

Austin, this is Nancy, Bess, and George. George, do you prefer George or Georgia? Nancy and her friends put their gloves on a bench in the dugout. Bess put her bat there too. 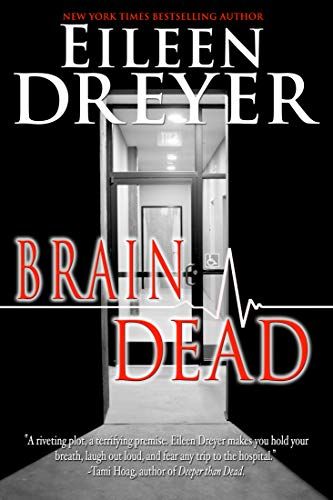 Then the three of them rushed out to the field to join the other girls. She spoke with a slight accent. Nancy was surprised. How did you know?

You look like a pitcher! I played all the time there, before my family moved to River Heights. I played something called chapitas, too. That's like baseball, except you hit with broomsticks and bottle caps instead of bats and balls.

I want you to line up over there. We'll rotate catchers. Rita, why don't you catch first? Bess went to the dugout to get her blue bat.

Then she, Nancy, and George joined the other girls in line. She had short honey-blond hair and lots of freckles sprinkled across her cheeks. The girl with the honey-blond hair turned around. Austin handed her a silver-colored bat.

She had the same honey-blond hair as Charlotte. She must be Charlotte's mom, Nancy guessed. Charlotte clenched her bat with both hands and fixed her eyes on the ball in Coach Gloria's glove.

She had a fierce expression on her face. She seemed to be concentrating very hard. Coach Gloria threw the pitch. Charlotte's bat made a loud noise as it struck the ball.

The ball went flying into left field. Charlotte's mother jumped to her feet. Way to go, sweetheart! Charlotte turned beet red. She looked embarrassed by her mother's cheering. Bess walked up to the plate, looking nervous. She got into batting position and waited for the pitch. Nancy crossed her fingers behind her back. Bess swung at the first pitch and missed. The second pitch came. Bess swung-and hit the ball!

Nancy and George both gasped. The ball arced high up in the air and landed in left field, almost at the fence. It had traveled even farther than Charlotte's ball. Bess turned around. She had a big smile on her face. She liked the Sleeping Beauty ballet.

She had seen it last year in Chicago with her father. Then Nancy thought of another ballet she really liked. In fact, she, George, and Bess had watched a video of it recently. Remember, she's the swan princess who falls in love with the prince? We're going to do a Swan Lake sculpture! Just then, the girls were interrupted by an angry voice. That's my idea, and you stole it! Standing behind them was a girl about their age. She had long, wavy brown hair that came down to her waist.

She was wearing a black velvet beret, a matching black coat, and black glasses with tiny rhinestones on them.

With her was another girl who looked like her, but younger and with shorter hair. She was wearing a pink parka with fuzzy pink mittens. I'm telling the director! You are going to get into such big, huge trouble! But first, we have to turn in these. Nancy couldn't believe this was happening. We've never even met you before. We came up with our Odette idea all by ourselves," George said firmly. Tess tugged on Denise's sleeve.

That's different from what you're doing, Didi," she said. What are you doing? Denise shrugged. She remembered Von Rothbart and Odile. Von Rothbart was the evil sorcerer in Swan Lake. In the story, Von Rothbart put a curse on Odette and other young women so they would turn into swans between sunrise and midnight every day.

Odile was his black-swan daughter who tricked Odette's true love, Prince Siegfried, into marrying her. There's no reason there can't be two Swan Lake sculptures in the contest, as long as they're different," George agreed. Denise looked thoughtful. Tess tugged on Denise's sleeve again.

She smiled coolly at Nancy and her friends. It doesn't matter, anyway, since I'm going to win first place! But she, George, and Bess would show her! On Thursday morning, Nancy, George, and Bess arrived at the park bright and early. There had been a big snowstorm the night before, so the park was covered with a fresh blanket of thick, white snow.

Bess scooped up a handful of snow and patted it into a snowball. She aimed the snowball at George. Nancy scooped up some snow too, and joined in the fun. The girls ran around, laughing and kicking snow and throwing snowballs at each other's feet.

Nancy stopped after a few minutes, out of breath. She's not part of a team, like us. Denise was sitting on a bench, scribbling in a notebook. Her little sister, Tess, was sitting next to her. There were other people in the park sketching and working on their sculptures too. Nancy counted at least four teams of kids and six kids working alone. She knew from the contest rules that they were all between the ages of eight and twelve. That way, we can plan exactly what our sculpture will look like.

They cleared off the snow and Nancy sat down.