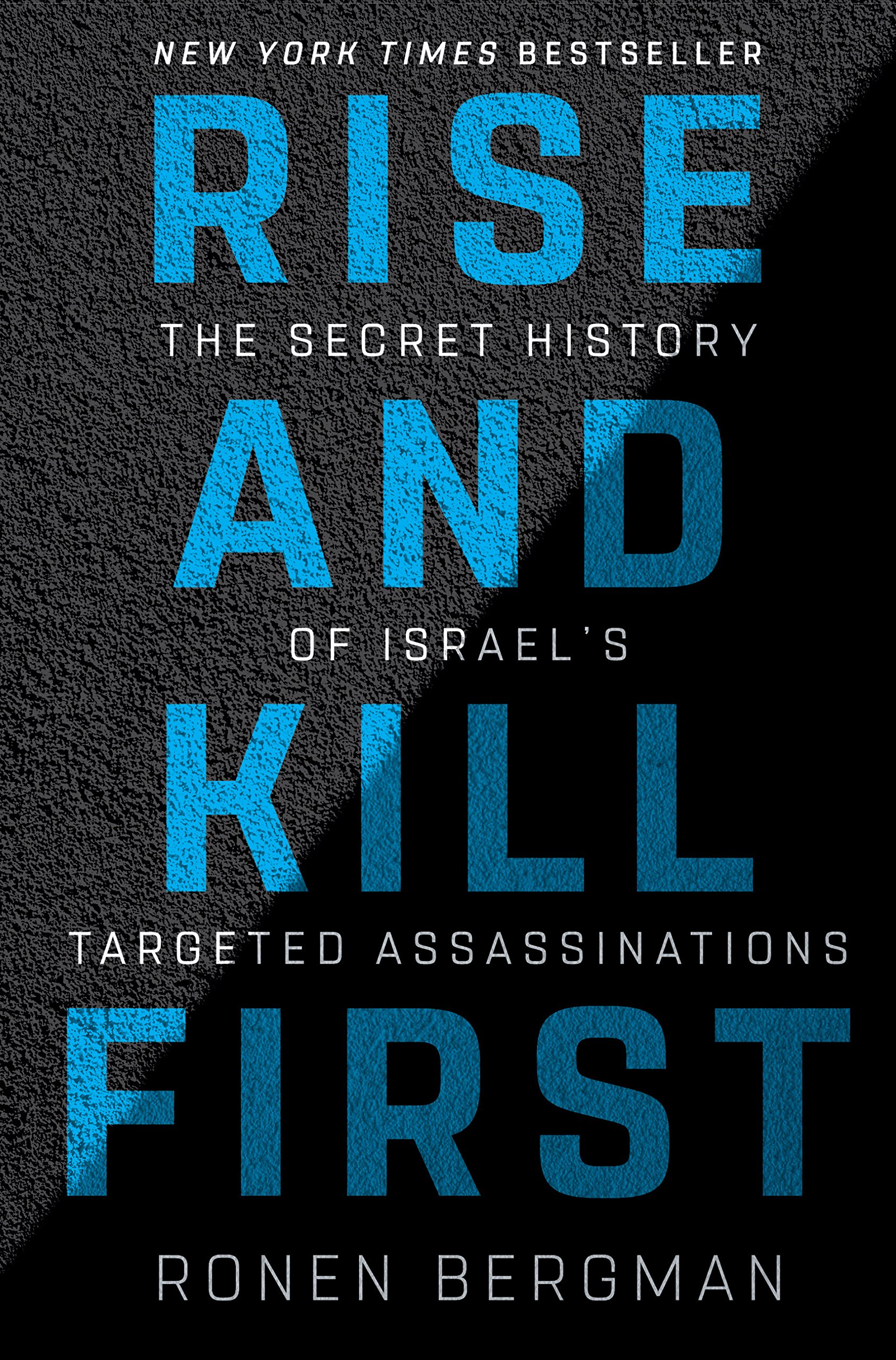 What is it? From the cover: "Star Wars is one of the most important cultural phenomena of the Western world. The tale of Luke Skywalker, Han Solo, and the fall and redemption of Anakin Skywalker has become modern myth, an epic tragedy of the corruption of a young man in love into darkness, the rise of evil, and the power of good triumphing in the end. But it didn't start out that way. In this thorough account of one of cinema's most lasting works, Michael Kaminski presents the true history of how Star Wars was written, from its beginnings as a science fiction fairy tale to its development over three decades into the epic we now know, chronicling the methods, techniques, thought processes, and struggles of its creator. For this unauthorized account, he has pored through over four hundred sources, from interviews to original scripts, to track how the most powerful modern epic in the world was created, expanded, and finalized into the tale an entire generation has grown up with.

You may have noticed I have been a bit absent this season. This is because for the last month and a half I have been hard at work on a sister site. As you know, George Lucas has suppressed and neglected the historic and ground-breaking original versions of the Star Wars trilogy. Maybe this is just a brilliant marketing bluff, but if Lucas' own words are any indication, he would like people to forget the originals ever even existed and he's been making decent progress in this goal.

For all my respect for the man, this really is a disturbing thing, and something that I think has gone on long enough. It basically is the most important issue in the modern era of cinematic not to mention pop cultural preservation. So, to educate on the subject I created savestarwars. It's not a giant bitch-piece about how George Lucas is the devil though.

Instead, I intend for it to educate on the processes involved in cinematic preservation and film materials, the legal issues surrounding motion picture preservation, as well as the history of the original Star Wars films' picture and audio, but most importantly of all to highlight the travesty that has befallen the Star Wars films. I like to think of it as a sort of website version of originaltrilogy.

So, while you restlessly wait for more material from this site, there are pages worth of material that I am glad I wrote.

See you again soon! N how Luke's amputation doesn't actually occur in any early draft of Empire Strikes Back, and I thought it would be a good springboard for an examination of this. Also, I'm not a big fan of conventions, but I think the fact that there will be an hour-long interview between Jon Stewart and George Lucas will make Celebration V a really interesting one; their brief chat on the Daily Show earlier this year was priceless!

Ever since the s this has been considered the best of the series, and growing up with the films it certainly was always a toss-up between this and Star Wars--still is! Hats off to Irvin Kershner, who is still with us and closing in on 90 years old, for crafting such a beautiful, complex film. It's too bad that the original version is not available in high quality to celebrate the occassion. Remember the guy who did A New Hope Revisited? Well, he released a theatrical re-construction of Empire last week, that uses a color-corrected master with the original footage re-composited in to terrific effect.

It's a real technical masterpiece. If you want to enjoy the original Empire--go see if you can find it. And yeah, I said I would have that article on the Leigh Brackett draft. I don't. It's in the process of being written, but it won't be available for at least another week.

In the meantime, I was interviewed by Ars Technica last week on the original 35mm sources for Star Wars, which might interest some--basically a scaled-down version of the article I already wrote on the subject. And for those wondering what I actually look like, there's a photo of me on the People Versus George Lucas blog from the Toronto premiere.

Back soon! This is an even bigger leak than the Raiders story conference transcript last year probably also snuck out of the LFL office due to work on the related behind the scenes book; Empire's is coming out later this year. Expect a really detailed article in time for the film's 30th anniversary examining everything you ever wanted to know about her until-now mysterious first draft. Also, I had the great pleasure of attending the Canadian premiere of The People Versus George Lucas at the Hot Docs international film festival here in Toronto, and I have to say--it's a hilarious and entertaining film that had the whole theatre in uproarious laughter.

I wish I could have seen it again! I spent a couple nights hanging out with Alexandre and Robert, director and producer of the film, great guys who really poured their heart into the film and it shows. Anyway, PvG is a really interesting and funny film, and I would encourage people to give it a watch if they can.

See you later this month to celebrate 30 years of Empire! No, not episodes episodes ! Read Lost Star Wars Stories for the scoop. A few heads-ups as well. First, Nature of the Beast has been re-written and updated quite a bit, if you haven't read it it's consisently one of the more popular pieces on the site.

It's been getting some very good press lately, was featured on Wired a few weeks ago. It looks to be a very interesting and humorous look at the contradiction of George Lucas' place as both friend and foe to his fans, and has interviews from some majors as Gary Kurtz and David Prowse.

Author Dale Pollock is in it, and the director has been trying to work me in it for about a year now, but it looks like I will only have time in a later edit if at all.

Heileman's Star Wars links are always very interesting and rare, whether its super-8 footage from ILM from , or his own personal trip to Skywalker Ranch. Take a look. Above all else, it seems George Lucas' "Mr Mom" status that he speaks of, and gets written about in books and other media, is not entirely accurate; other books state that Marcia outright left her daughter. Marcia also apparently kept the name Lucas, both because of her daughter and because she was proud of her work as an editor with that name.

Finally, she confided in me that while she had feelings for Tom Rodrigues, she never had a physical affair with him. I hope Marcia can offer me some further clarification on a few things in her life, but for now I have done a brief update of her page. Since about , I have been conducting a study on reception and reviews of the original trilogy during the time of their original release from I am now sort of finally finished. In Part I I lay out my methods, aims and present the raw data.

Part II is the juicy one, where I interpret and analyze my findings, provide context and greater detail, track the films into the post-release period and compare them against the prequels. First, I did a tiny update on the previous article, thanks to my girlfriend Ioana, who has always edited all of my work and has always been my biggest source of encouragment and inspiration, plus an addition from longtime-reader Bernd Doetzer, who informed me that "Aldeberan" is actually a real-life star.

More importantly though, I have a tremendously lengthy article it has its own page of end notes on the life and career of Marcia Lucas nee Griffin.

She was Lucas' wife until , but more importantly was a central figure in his early cinema, edited most of his films, and was a key minor player in the New Hollywood movement of the s.

And, she's essentially been forgotten. Lucasfilm, in fact, has been making a conscious effort to basically write out her existance I wonder why. On the web, there are only a handful of factoids about her at best , and in books she is rarely treated as a film craftswoman in her own right.

I felt the piece I was writing, which I have been working on since the summer, was so big that it ought to be a small book, but as I had to rely so heavily on previous publications, there really wasn't anything original, other than meticulous detective work on my part; I attempted to contact her to collaborate on the piece, and got kinda close, but it seems she is either unreachable or uninterested.

I tracked down a bunch of images of her as well since Lucasfilm rarely publishes her, if at all to try to give some life to her person, which is admittedly limited in information. I hope everyone had a great Christmas break, and since I probably won't be updating again in the next few days, I'll see you all in ! If you remember, the site previously had gathered 70, signatures from its first petition, which was enough to get George Lucas to do a sort-of release of the films in Unfortunately, that release was a non-anamorphic transfer of the shoddy, year-old Laserdisk, and was presented as a bonus feature.

The new petition urges the films to be treated properly, in new high-def transfers for any upcoming Blu Ray releases. This is probably the most important issue facing the franchise today, so please, add your signature and let Lucasfilm know that film lovers are not okay with the originals versions being resigned to VHS and Laserdisk copies.

In other news, I will have a small article before Christmas, and I am coming close to completing a detailed study on the critical reception of the films at the time of their release, which I have been working on for a few years now. See our Privacy Policy and User Agreement for details.

Published on Aug 14, Clik here to Download this book: SlideShare Explore Search You. Submit Search. Successfully reported this slideshow. We use your LinkedIn profile and activity data to personalize ads and to show you more relevant ads. You can change your ad preferences anytime. Upcoming SlideShare. Like this presentation? Why not share!

Are you sure you want to Yes No.