Why does God exist? How have the three dominant monotheistic religions— Judaism, Christianity, and Islam—shaped and altered the conception of. A History of God is a book by Karen Armstrong. It details the history of the three major Print/export. Create a book · Download as PDF · Printable version. Oct 13, Here is collection of 9 Keran Armstrong non fiction books in ronaldweinland.info ronaldweinland.info: A Short History ()A History of God ()The Spiral.

Herbert Mason, Karen Armstrong. A History of God: A Borzoi Book. New York: Alfred A. Most users should sign in with their email address. If you originally registered with a username please use that to sign in. To download short term access, please sign in to your Oxford Academic account above.

Don't already have an Oxford Academic account? Oxford University Press is a department of the University of Oxford. It furthers the University's objective of excellence in research, scholarship, and education by publishing worldwide. Sign In or Create an Account. Sign In. Advanced Search. Article Navigation.

The missionaries brought it over. And then came the state of Israel. Judaism has become violent in the modern world, thanks to the nation state. When George Bush and Tony Blair went into Iraq they thought that modernity would take everyone into democracy straight away. That is not necessarily the case. It worked for us, because democracy was good for industry.

Freedom, which we hear so much about at the moment, was essential to our economy as much as to anything else. For people have to have the freedom to innovate, to keep the country productive. But in those countries modernity came with colonial subjugation. There was no self-determination. In Egypt there were seventeen general elections between and , all won by the Wafd Party, which was only allowed by the British to rule five times. Democracy was a bad joke.

Secularism was introduced by these army officers, with great violence: the clergy had their stipends confiscated, they were shot down, they were tortured to death. 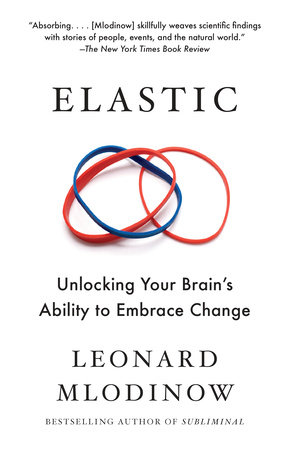 And we in the West have consistently supported rulers like Saddam Hussein who denied their people any freedom of expression. All this has helped to push the Islam into violence.

When people are attacked, they invariably become extreme. And the reasons they gave were entirely religious. My message is not that religion has nothing to do with violence. It has always been implicated in it, and trying to take religion out of politics and warfare would have been like taking the gin out of the cocktail. It is inextricably intertwined. Until nobody thought of separating religion; it permeated the whole of life.

And still people who have not had our particular modernization find that an arbitrary distinction.

Because matters like justice, the plight of the poor, suffering — these are political questions. So Jesus would have had no time for people who said their prayers and neglected the plight of the needy or the oppressed. But we sort of separated it off. That separation was important for us, and in many ways it was good for religion, because it freed it from the violence of government. Without the oppression of people by aristocracy we would never have the science and arts upon which we depend.

It was the economy to make peasants work and take their surplus and keep them at subsistence level. Also to keep the population down. We look at civilization as what started in Athens. But the Parthenon was built on the back of the Greek island, all the other Greek cities — it was built on their taxes.

So it was free for some but not for others. It is still like that today. No state can dispend its army. It is still going on. Should she read your book? And what a disaster that was.

A History of God

That was a great help to Al Qaida. Al Qaida is deeply political. This was a strategic attack on a sacred symbol. Free speech is for us a sacred symbol of our western civilization, as sacred to us as the Prophet is to them.

And they want us to be outraged. Because this will lead to new recruitings.

This is all very politically organized. But I think one of the things we should do is mourn their dead too. Not long ago Pakistani children were shot by the Taliban. Two thousand villagers in Nigeria were slaughtered by Boko Haram.

But there is also great fear and despair among them. They interviewed hundreds of people in Guantanamo and other prisons. And one forensic psychiater who is also an officer of the CIA — so he is no softie like me! The problem was rather ignorance of the Islam.

That says it, you see. People go there out of a sense of meaninglessness. It was interesting listening to the Parisians speaking about this.

Several of them said: Look, we have not sorted out these suburbs, where there is despair and no hope.